THE UNITED STATES OF AMERICA, Sacramento, Calif. – At times, actually many times, Ben McLemore is a forgotten man in the DeMarcus Cousins Administration. But in the last few games for the Sacramento Kings, McLemore has been the head of state who has been laying down his own policies.

McLemore had 22 points, nine rebounds, four steals, and three assists to help the Kings erase a 22-point deficit to beat the Atlanta Hawks 108-107 at Golden 1 Center. McLemore made 6 of 10 shots behind the 3-point line and he did it with, in the words of DeMarcus Cousins, “confidence.”

“His confidence is high right now and confidence is a big part of this game,” said Cousins, who returned after an one-game suspension for reaching the league’s 16th mark in technical fouls. “You can talk to him and you can encourage him. But it’s still something within him. Once he finds it you’re going to see more nights like this consistently.”

McLemore made 3 of 5 shots beyond the arc for 17 points in the Kings’ 108-92 victory against the Boston Celtics at home on Feb. 8. With the six treys against the Hawks, the Kings made 18 of 36 shots overall, a new franchise record.

McLemore said he was “kind of nervous” to talk the local media that swarmed around him after the game. The 6-foot-five shooting guard out of Kansas put in a fine performance hours before his 24th birthday. He started his sixth straight game for the Kings.

“I’ve been staying mentally tough throughout the course of the season,” McLemore said “When my name got called, I’m prepared and I’m ready. I’ve been working my butt off and I will continue to do that.”

Darren Collison stepped, again, producing 22 points, four assists, three rebounds, and two steals for the Kings Sacramento Kings (22-32, 11-15 G1C). Collison also made a driving lay up to put the Sacramento up 108-107 with 3.5 seconds left. Matt Barnes sealed the win when he blocked Tim Hardaway’s lay up with 1.1 second remaining.

The Kings were down 22 points in the second half, but was able to stage another dramatic comeback. This time it turned into a victory, and two-straight at home. Sacramento is currently 3-2 on this homestand with one more to play on Feb. 12 at G1C.

“It’s not always a pretty game for them,” Hawks power forward Paul Millsap said of the Kings. “But they can take you out of your rhythm with the antics and all that. I thought we could have controlled our composure better. But that's the type of basketball that they play. They play that type of style.”

Hardaway had 28 points and Millsap finished with 25 points for the Hawks (31-23, 15-12 road). Dwight Howard had six points, 11 rebounds, and one blocked shot before he fouled out of the game with 44 seconds left to play.

“Competitive game, especially in the second half,” said Kings head coach Dave Joerger. “Once we got more active, we contested a couple more shots, and they missed some shots - got to pushing the basketball up. We scored 65 points in the second half. We got going and found our rhythm a little bit.” 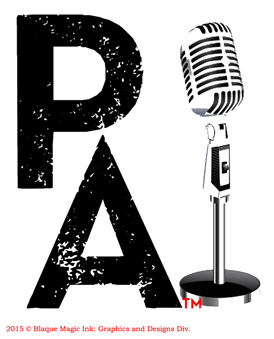 ​BANK ACCOUNT A LITTLE LIGHTER, BUT BOOGIE IS ONLY CONCERNED ABOUT HIS TEAMMATES AND WINNING

In a matter of six weeks, DeMarcus Cousins has lost a considerable amount of cash for team-imposed penalties and fines by the NBA. In total, since Dec. 20, Cousins is $281,803.65 lighter in the wallet.

Cousins lost an estimate of $206,803.65 of his $16,957,900 per year salary for reaching the 16-foul limit, which is cause for suspension. He also was fined $25,000 by the NBA for making an inappropriate statement and gesture after the Kings beat the Golden State Warriors.

The Kings’ front office assessed Cousins with $50,000 fine after he berated a local reporter, Andy Furillo, in the locker room in December. Not related to the incident, Furillo has since moved back to covering courts and crime for The Sacramento Bee.

No one can not argue that Cousins is not a marked man on the basketball court. He does take a brutal beating in the paint from opponents. That’s their game plan, and for the most part, most teams are not going to shy away from the strategy.

It was the same case against the Atlanta Hawks, too. A couple times in the first half, Cousins clearly fouled while shooting, but no call was made. Interesting enough, Cousins decided not argue with the referees. For him, he took a page out of Robert Frost’s poem, “The Road Less Traveled,” and steered clear of a debate.

“I don’t know how to be myself anymore,” Cousins said of playing the game without technical interference. “It’s something I’m gonna have to figure out. Hopefully, it’s for the better. Up until my 16th I thought I was doing a good job (of keeping my composure). From my peers and my coaches said I was doing a good job and not going at them (referees) crazy. But it still found a way to bite me in the ass later on. I have to adjust from that as well.”

Cousins’ teammates did hold down the fort by winning convincing against the Boston Celtics on Feb. 8. It look like the Kings were dragging against the Atlanta Hawks. But for being 22 points in the hole, it was his teammates that surged back while Cousins was on the bench most of the fourth quarter.