THE UNITED STATES OF AMERICA, Sacramento, Calif. — The lives of about 120,000 people of Japanese ancestry residing in the western states would change drastically for three years when Executive Order 9066 was signed into action nearly 75 years ago by U.S. President Franklin Delano Roosevelt.

On the verge of recounting the wartime policy in early 2017, which was signed and issued on Feb. 19, 1942, it is not hard to find someone who experienced the removal and incarceration that Executive Order 9066 instituted.

Today, many second-generation Japanese Americans are coming forward with his or hers stories, tales that went unspoken for decades. The memories, emotionally painful, include reliving the paper tag — an explicit form of racial profiling — citizens wore for identification.

It is also not all that difficult to find family members, third- and fourth-generation Japanese Americans, who have knowledge of the order that allowed the government to remove civilians from designated military areas.

The exclusion zones included Alaska, the western sections of Washington and Oregon, the entire state of California, and the southern half of Arizona.

It was all in response to Japan’s attack on Pearl Harbor, specifically, Hawai’i, on Dec. 7, 1941, exactly 2,537 miles west of the state of California shores. The detainees were evacuated, shipped off and dispersed to 10 different incarceration camps in remote areas.

For clarification, two-thirds of the people incarcerated under Executive Order 9066 were American citizens by birth while one-third were Japanese subjects disqualified for citizenship due to discriminatory laws and practices.

Tule Lake is 312 miles north of Sacramento near the California-Oregon border. Two more incarceration camps in the state of Arizona were remotely located at Poston and Gila River. Both camps were under the title of relocation centers.

At its peak between, March 21, 1942 and Nov. 21, 1945, Manzanar held more than 10,000 Japanese detainees at the facility that sat at the foothills of the Sierra-Nevada. In 1992, 50 years after its closure by the War Relocation Authority (WRA), the site was designated a national historic site.

Aside from Manzanar War Relocation Center’s operation of holding detainees or incarcerees, Tule Lake served as another purpose. A dreadful reason. In early 1943, the WRA sought out to find where the degree of loyalty exists among Nikkei in the incarceration camps through the means of the “loyalty questionnaire.”

The questionnaire, called “Statement of United States Citizen of Japanese Ancestry, Selective Service Form 304A,” was used by the War Department to recruit Nisei for combat. If the response was rendered an inadequate “yes” the incarceree was labeled “disloyal,” as referenced in the Densho Encyclopedia.

The reply also resulted in moving the incarceree to segregated Tule Lake. At its height, nearly 19,000 incarcerees, men, women, and children, were locked down at Tule Lake Segregation Center. The facility was largest of the 10 incarceration camps.

At the Sierra 2 Community Center, two miles southeast of downtown Sacramento, an informational meeting took place to discuss the future of Tule Lake Segregation Center, which was officially established by presidential proclamation on Dec. 5, 2008.

The designation by U.S. President George W. Bush led to the retitling of Tule Lake Segregation Center. It is now entitled the Tule Lake Unit of World War II Valor in the Pacific National Monument by the National Park Service (NPS).

With about 30 participants, mostly people of Japanese descent who have some familiarization of the monument, the public discussion in one of the conference room was facilitated by Lawrence J. Whalon Jr. and Anna H. Tamura.

Members of the the Sacramento region gather at the Buddhist Church of Sacramento to share ideas and suggestions for the best usage of the Tule Lake Unit. Photo art by T. Ray Harvey. Dec. 6, 2016.

Whalon is the NPS superintendent of Lava Beds National Monument and the Tule Lake Unit of World War II Valor in the Pacific National Monument in northeastern California. Tamura, based out of Seattle Washington, is landscape architect for the NPS’ Pacific West Region.

The Tule Lake Unit is one of America’s newest national parks, reminded the participants. It preserves the site of the Tule Lake Segregation Center and tells the history of the forced removal, incarceration, and segregation of Japanese Americans during World War II.

“This site has to open,” Whalon said of the Tule Lake Unit. “We have to get the public into this place. That is one our goals. We have a vision for this site to be open where people, everyday, can show up. We’ll have there to greet them and someone there to tell the story. That’s one of the cornerstones we’re trying to get to.”

The story of the incarceration camps is obscurely veiled, but is loaded with pertinent information that can be found in libraries, bookstores, and online. Noticeably, many of people incarcerated at the camps are up in age. They were either born in one of the 10 camps or forced there as infants or during adolescence with their parents.

Since the subject of Executive Order 9066, the wartime policy that issued the segregation of Japanese Americans, is not a polite action in any means, many former incarcerees refuse to discuss it. Others are now coming to terms with the whole ordeal.

Tamura knows the scars, pains, and anguish suffered by the people who were stripped of their human and civil rights during times of crisis and conflict. To start the meeting, she had to use a sympathetic gesture to make sure all the participants kept an open mind.

Tamura began with a story about her nine-year-old son who started taking martial arts class at the age of six. One day, her son came home from a session and showed her what he had learned.

Tamura extends her arms and then cover one, balled up in a fist, with the other. She repeated the cycle three times. The meeting was all about sharing ideas, respecting opinions, holding judgement and getting along with others.

“Well, I asked him can you explain it,” Tamura said. “He said, ‘Power, Peace, Respect.’ I thought that’s important in how we live our daily lives and how we engage with other people. I also thought I’d tell that story of how we would like this afternoon meeting to run.”

The meetings are part of a series being held by the NPS about the Tule Lake Unit in California, Oregon, Washington, New York and online. Manzanar held mostly incarcerees from Los Angeles, which had a large Japanese community.

A majority of the Issei, Nisei, and Nikkei in northern California were from places like San Francisco, San Jose, Stockton, Modesto, and Sacramento.

Tule Lake War Relocation Center opened on May 27, 1942. The facility was renamed the Tule Lake Segregation Center on July 15, 1943. Tule Lake was selected for its isolation, proximity to a rail, federal ownership, and farming resources.

The NPS released the Tule Lake Unit General Management Plan and Environmental Assessment in November for public review and comment until Feb. 10, 2017. The 222-page publication is also available online.

The plan provides long-term guidance for how the National Park Service will develop and manage the unit, and how the stories of the incarceration of Japanese Americans during World War II will be told at Tule Lake. The planning process began in 2013 with 600 people providing public comments.

The general management plan exhibits three distinct alternative strategies for protecting and administering the Tule Lake Unit. The management plan and environmental assessment is expected to guide the unit’s development.

If Alternative A is chosen, Tule Lake Unit’s would rely solely on base funding, closed to the public with the exception during summer season. Access to Camp Tulelake, the Peninsula, and the segregation center’s “Ditch Rider House” would also be limited. The total annual operating costs for full implementation of this alternative is around $394,000, Whalon outlined in the General Management Plan’s Fall 2016 Newsletter.

The Tule Lake Segregation Center in northern California near the Oregon border was the largest of the 10 War Relocation Authority incarceration camps that began housing Japanese Americans in 1943. It was the most notorious, too. Photo art courtesy of the National Park Service.

Alternative B proposes limited visitor services, educational and interpretive programming, resource management, and staffing. This alternative resembles Alternative B, but would require an increase to the unit’s operating budget. The annual operating cost is estimated at $704,000.

Alternative C is the NPS’ preferred strategy to guide future management of the Tule Lake Unit. The alternative emphasizes raising awareness about the unit’s intriguing incarceration, segregation, and renunciation history. The unit’s existing annual operating budget is $384,000. This figure would increase to $1,204,000, which would include additional NPS staff and maintenance costs.

Author and journalist Judy Tachibana attended both public meetings at to discuss the Tule Lake incarceration site in Sacramento. At the conclusion of the second meeting at Sierra 2 Center, Tachibana revealed her decision of what alternative would be suitable.

Through Alternative C, historic resources would be protected by stabilization and preservation treatments and year-round visitor experiences would be available. Digital media and technology would also be implemented to engage youth and new audiences to tell the unit’s fascinating, yet darken stories. 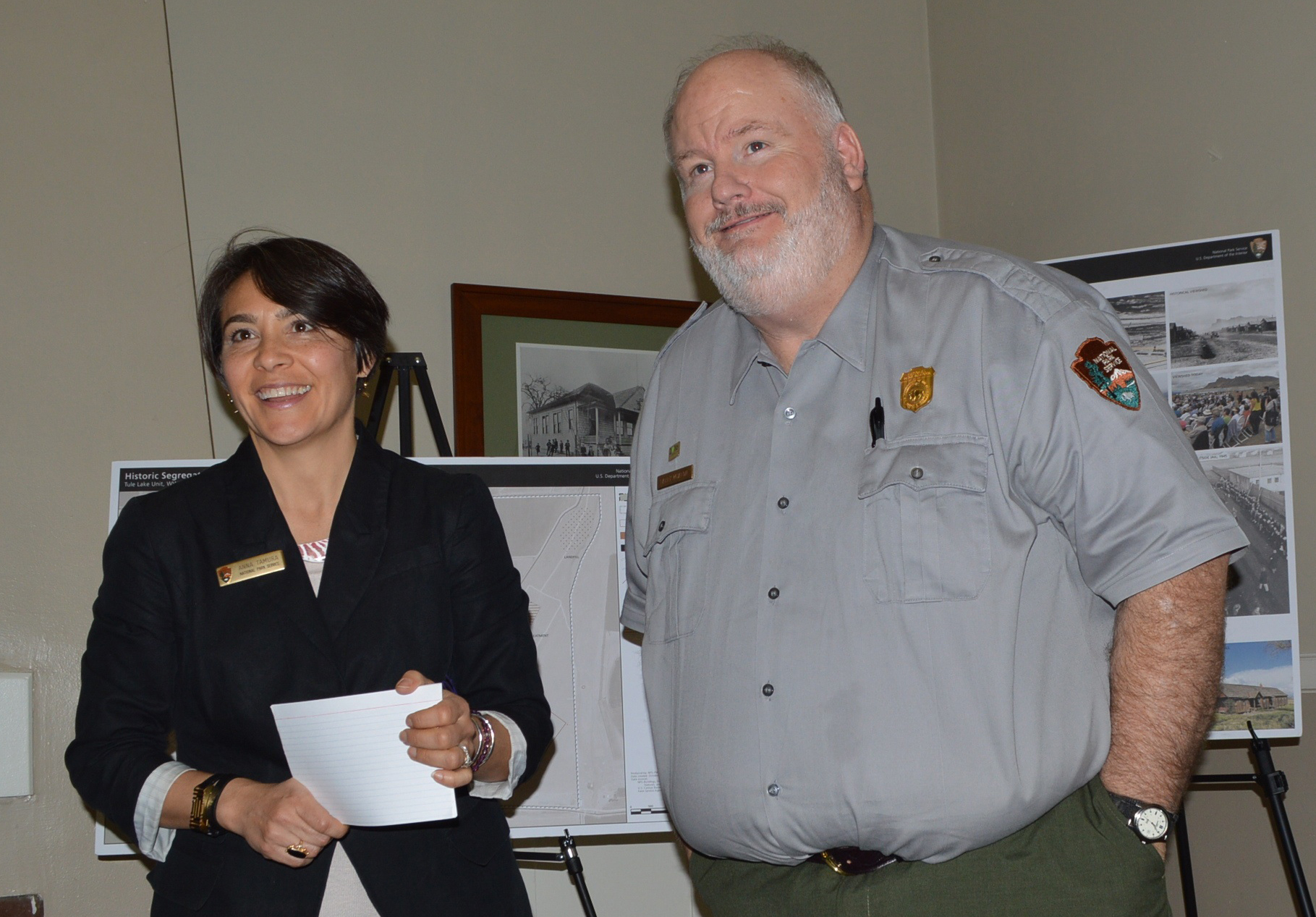 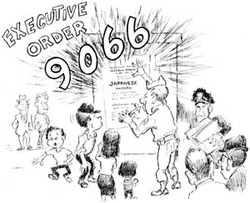 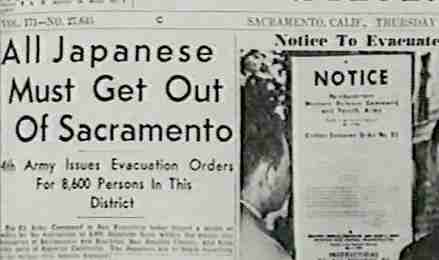 Comments may be submitted online or may be sent to tule_superintendent@nps.gov. Facebook page at facebook.com/TuleLakeNPS.

A film review of “Come See The Paradise,” a love story with messages that revealed Japanese American families’ experiences and treatment after the attack of Pearl Harbor.

A coffee-table chat with the authors of Tule Lake Revisited: A Brief History and Guide to the Tule Lake Concentration Camp Site — Second Edition, Barbara Takei and Judy Tachibana.

The Survivors of Executive Order 9066 — After the wartime policy was suspended and the incarceration camps were closed in 1946, Japanese Americans had to reconstruct their lives. T. Ray Harvey, Publicity Agents’ Public Information Officer, interviews individuals who shared what life was like after they were released from the camps.